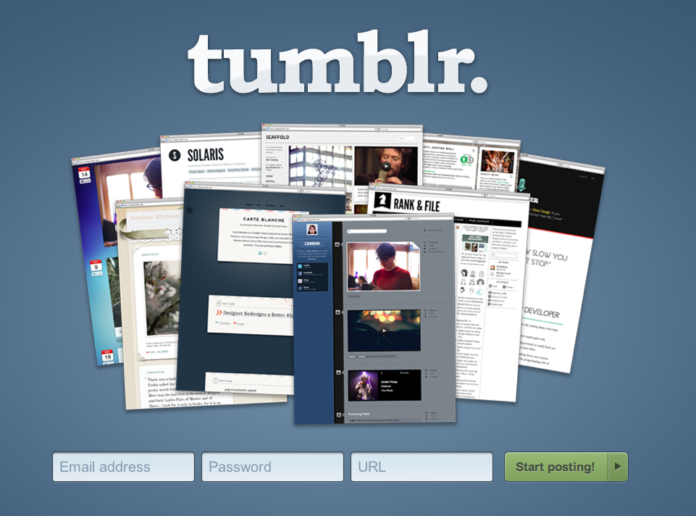 How to create Tumblr blog with simple steps

Tumblr takes its name from tumblelog: a stream of consciousness type of blog that focuses on short posts, often created from media like audio, images, and quotes.

Two young Americans called David Karp and Marco Arment saw that tumblelogs were growing in popularity and decided to capitalize on it by launching Tumblr in 2007, a platform that allowed users to make their own for free. The site had 75000 users within two weeks.

The tumblelog term has all but vanished now. Today, Tumblr brands itself as a blog service and boasts over 465 million blogs and half a billion monthly visitors.

2. Most of the obvious names and jokes are taken, so it pays to be creative when thinking of a short, clever URL that will be easy for your readers to remember.

4. After that , choose a title and description , or add a photo if you wish for your blog.

5. Tumblr will send you an email to confirm your new account; when you receive it, you can head over to your Tumblr dashboard, the nerve center of your new blog.

Once you’ve created a new blog, you’ll going to want to make sure that it looks great. To get started customizing your Tumblr blog, choose Customize Theme on the right hand side of your dashboard. That link will take you to a selection screen that displays various premade Tumblr themes on the left, and a mock-up of how a selected theme would look like on your site on the rest of the screen.

Most of Tumblr’s themes are free, but some paid themes are available as well (at amounts ranging from $9 to $49) to help your blog stand out from the crowd a bit more.

How to add Anti Ad block Script For Blogger